Another TrickBot Suspect Arrested and Charged

A second alleged conspirator in the development of malicious software TrickBot was extradited to the United States for trial.

Vladimir Dunaev, a 38-year-old Russian national, was arrested in South Korea and could face up to 60 years in prison, according to a statement released by the U.S. Department of Justice (DOJ).

This follows on a June development when Alla Witte from Latvia was charged for her crimes related to the creation of TrickBot on a 47-charge indictment.

Collaborating with a network of knowledgeable cybercriminals, TrickBot's design led to millions of computers all over the world becoming infected with this Trojan malware—and no industry was safe. This cybercriminal group victimized schools, hospitals, financial institutions, individuals, and even country clubs.

"The Trickbot malware was designed to steal the personal and financial information of millions of people around the world, thereby causing extensive financial harm and inflicting significant damage to critical infrastructure within the United States and abroad. Today's announcement underscores the great lengths federal law enforcement officials and our international partners will go to hold these alleged cybercriminals accountable for their actions."

The FBI's Cleveland Field Office led this investigation in collaboration with the DOJ's newly-launched Ransomware and Digital Extortion Task Force, which was assembled earlier this year.

"This is the second overseas Trickbot defendant arrested in recent months, making clear that, with our international partners, the Department of Justice can and will capture cyber criminals around the world. This is another success for the Department's recently launched Ransomware and Digital Extortion Task Force in dismantling ransomware groups and disrupting the cybercriminal ecosystem that allows ransomware to exist and to threaten our critical infrastructure," said Deputy Attorney General Lisa O. Monaco.

Deputy Director Paul Abbate of the FBI reaffirmed it was the FBI's intention to use all connections to stay ahead of cybercriminals.

"The FBI is determined to utilize our unique tools and capabilities to disrupt transnational cybercriminal organizations, such as the group that developed and delivered Trickbot, and remains committed to imposing risk and consequence upon these criminals. Pursuing cyber criminals requires considerable patience, expertise, and resources, but the FBI has a long memory and will ensure that these malicious actors cannot evade detection or avoid the full weight of law enforcement actions," Abbate said.

Special Agent in Charge Eric Smith, who works in the Cleveland division, sees bringing Dunaev into custody as a win for the good guys. Smith said:

"This indictment reflects the dynamic landscape in which international criminals utilize sophisticated cyber methods to take advantage of and defraud unsuspecting victims anywhere in the world. This multi-year investigation demonstrates the commitment by the FBI to aggressively pursue these individuals despite the complexity and global character cyber investigations can so often bring."

If you believe your organization, you, or even another individual have been a victim of cyber fraud, file a report with the FBI's Internet Complaint Crime Center by going to ic3.gov.

[RELATED] Why Did the U.S. Send a Russian Cybercriminal Back Home? 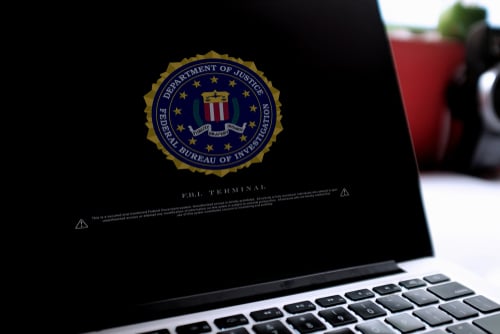