The digital world of ransomware, malware, and extortion is full of questions.

SecureWorld has some answers.

What are the top ways cybercriminals gain access to a corporate network to launch ransomware?

What is the most common attack vector used in ransomware attacks?

"Generally, the threat actor will conduct port scanning and they'll brute force RDP credentials. And once the phishing of an email to the company occurs, the threat actor will gain access and control the machine, then brute force the RDP access from inside the network via that compromised machine. That's a very common way in which it happens. RDP credentials are very, very cheap, as little as three bucks for sale on the Dark Web."

How can end-users put your organization at risk of a ransomware attack?

"Threat actors will typically take advantage of compromised websites through different kinds of SQL injections or cross-site scripting. We have also seen situations where threat actors have posted some form of advertising or an offer for a free software download.

How do you see a ransomware attack spread across a network?

"It will start on a single computer, the files are encrypted. Generally, the ransomware will then move laterally through connected drives. It's generally done programmatically, automatically, and it'll move through as many networks as it can.

In many cases, it will use credentials that are gained through an effective domain controller, or through some other administrative account. This is an example of what we see quite frequently, what we're calling sort of the Triple Threat campaign.

Once they've gained access to the systems, they can poke around and see what they've got. There is a lot of sensitive information; they can oftentimes find out what the financial condition of the target is and then use that to their advantage. Once they are in the systems, they have control."

"If you talk to law enforcement about ransomware and ask them whether or not you should pay the ransom, typically the FBI will tell you, 'Well, we don't advocate paying,' but they understand that businesses have to evaluate all their options to protect themselves. If there really are no other good options, they understand and they're not going to dissuade you necessarily from paying the ransom.

It will depend upon the particular variant and depend upon how you communicate with the attackers. Again, they look at their organization as a business. They demand respect as a business, even though you're dealing with criminals."

Which questions to ask after a ransomware attack?

As Pepper highlighted in his presentation at SecureWorld, a ransomware attack dumps an overwhelming number of questions on a victim.

Here are a few of the considerations facing impacted organizations, according to Pepper:

But hopefully, by considering these questions before a successful ransomware attack, you can mitigate some of the risk from ransomware and the risk while you respond to it. 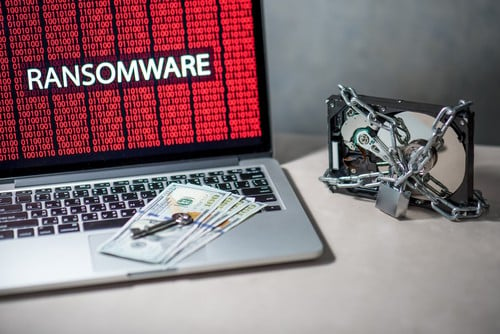