The headlines keep screaming about Huawei and the threats it poses to the Western world.

This includes allegations of a company culture that promoted stealing trade secrets.

This was detailed in a 2019 U.S. Department of Justice indictment against Huawei, and now a 2020 Huawei and affiliates indictment.

But in most of the coverage, helpful information was missing.

We're talking about the unique details of the Huawei indictments that every organization can learn from. They paint a picture of how far China will go to steal intellectual property.

What does the U.S. indictment accuse Huawei of doing?

As a level set, the case relates to Huawei's multi-year efforts to steal trade secrets of T-Mobile's "Tappy" robot. The robot was a proprietary device that simulated humans rapidly using mobile phones to test for problems and glitches before they hit the market.

T-Mobile allowed Huawei limited access to use "Tappy" to improve its devices starting in when Huawei was trying to phones to the U.S. market and T-Mobile customers.

But that wasn't enough for the Chinese telecom giant. The indictment lays out a multi-year effort to steal and recreate Tappy because of the market advantage it was giving T-Mobile at the time.

By the way, access to T-Mobile's Tappy lab was very tight: you needed special badges and no pictures of any kind were allowed. Two Huawei USA engineers had that access.

The indictment makes clear that companies who work with Chinese partners should be very cautious about unusual behaviors or questions of a proprietary nature.

What about Huawei and cybersecurity and 5G?

When it comes to the cybersecurity of Huawei's products and whether it should be allowed to build the world's 5G networks, China's ambassador to Britain wrote an op-ed last year in The Telegraph saying we should not worry about it:

"Recently, it seems it is all the rage for Western governments and media to call Chinese companies a 'security threat.' This has caused needless anxiety and even led to a ban in some countries on companies such as the Chinese telecommunications business Huawei. However, such accusations are groundless and misleading."

Podcast episode: Can you trust Huawei?

During our podcast interview, he discussed the negative publicity around Huawei, the lack of trust many cite when talking about the company, and what he thinks is needed when it comes to supply chain security.

"I think the approach has to be you don't ask people for trust. We need to have mechanisms in place, and they exist, where you don't need to trust anybody. Because the mechanisms are in place to make sure we have an objective and transparent basis to know that we're going to be okay."

Listen to the podcast and then decide for yourself: Can we trust Huawei? 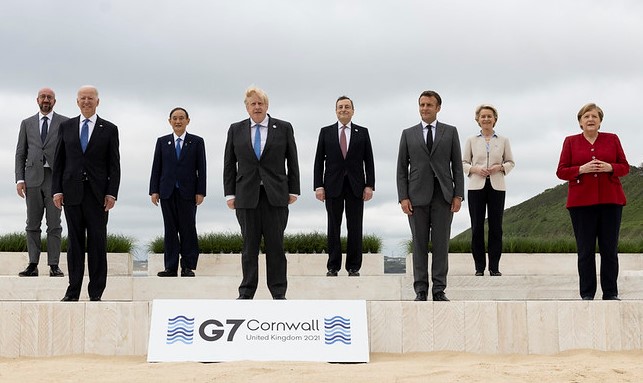