The last year and a half have been a dumpster fire for many, and you likely have your own list of reasons why.

Lots of families could not get together for the holidays last year, but with travel and social distancing restrictions loosening, more families are coming together for in-person Thanksgiving dinners this year.

But what will you talk about around the table while you eat turkey and stuffing?

There is a lot of tension in the U.S. today; this includes potential dinnertime disagreements about:

With a list like this, you could be dreading what conversations might come up as the day progresses. Especially if Aunt Karen, who always tends to drink a little too much, shows up this year.

But this is where we have some exciting news: for topics of discussion, it could be cybersecurity to the rescue!

Poll says 9 out of 10 Americans are concerned about cyberattacks

The Associated Press-NORC Center for Public Affairs Research and Pearson Institute partnered to conduct a survey in September about cyberattacks in the U.S., which led to astounding results. Americans agree on something:

The study also shows more than 90% of Americans believe cyberattacks are a major threat. Unlike some of the issues above, cybersecurity appears to be a topic of agreement for your holiday conversations.

Depending on political leanings, guests may feel more strongly about China or Russia being the biggest threat in terms of nation-state cyberattacks, but the study found most people thought they were about equal.

Iran was third on the list of government-backed hackers, and SecureWorld News has covered some of these attacks in the past few weeks. One story connected the Proud Boy emails threatening Democrats to Iranian advanced persistent threats (APTs), which caused a lot of chaos during last year's election season.

President Abraham Lincoln famously said, "A house divided against itself cannot stand," and that might be something to consider at the Thanksgiving table, as well.

While not all hacking is related to nation-state or foreign operations, a large portion of the most dangerous cyber threats—like ransomware, data theft, and business email compromise (BEC)—sometimes are. This variety of hackers often want to steal our money or sow division, and they are aware the current political climate is a shaky one in the U.S.

Our enemies want us to argue and some of them are actively creating memes, emails, Twitter posts, and other socially engineered material to keep the division going.

Here are a few categories related to cybersecurity, which could be good conversation starters:

If this still seems like a danger zone for your family, one speaker for SecureWorld joked recently that turkey is always a safe topic because it has a right and a left wing!

Stay safe over the holidays and be #cyberaware. 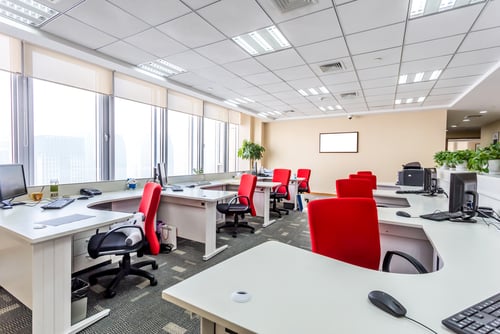