Iran's cyber warfare operations are not typically covered as extensively as some others.

However, Iran is considered one of the major cyber threats to U.S. critical infrastructure and organizations.

"Iran, of course, is a key player. Their cyber methods include such things as malware insertions, such as MUD-ing, wiper attacks, like the Shamoon virus.

Phishing is used by the Iranians, as well as distributed-denial-of-service [DDoS] attacks, for example, against the banking industry, some ransomware, and also, to some extent, disinformation campaigns that they mount within cyberspace, using everything from Twitter to other social media platforms, both pertaining to Iranian interests, as well as allied interests via Iran, such as Hamas."

SecureWorld News researched Iran-backed hackers currently on the FBI's Most Wanted list. And these hackers are still at large today.

Iranian threat actors: What are the motives behind the attacks?

FBI Director Christopher Wray testified before U.S. Congress in September on why Iran continues to be a threat in terms of terrorist operations in the physical world.

In the digital world, bad actors are using social engineering methods to hack on behalf of the Iranian government, even threatening the 2020 U.S. election process.

"Iran used cyber means to try to sow divisions and undermine our elections, targeting voters before the November election, and threatening election officials after," Wray said.

"They [Iran's government] want to make sure that no one either at home in Iran or overseas who has any interest in Iranian politics can do anything to remove the current religious government. And they have economic reasons in the sense that they also want to circumvent very tight and very crippling sanctions that have been levied against Iran for many, many years."

And this face-off continues:

"The U.S. and Israel are top targets due to their longstanding adversarial relationships with the current Iranian government dating back to their support for the former Iranian monarchy and persisting into the present day with their efforts against Iran's nuclear program," Paul Prudhomme, Head of Threat Intelligence Advisory for IntSights, told The Daily Swig.

In recent news, there have also been gas station cyberattacks, which Iran is claiming were carried out by the U.S. and Israel.

The evolution of Iran's cybercrime objectives

Though the cyberattacks orchestrated by Iran's government are not widely considered as sophisticated or advanced as those carried out by Russia or China, the techniques have grown over the years. Traditionally, these attacks put an emphasis on social engineering, finding innovative new ways to defraud end-users.

This does not mean actors are not actively seeking to up their technological impact, including aggressively pursuing ransomware methods.

We believe that Iran started heavily investing in its cyber operations program following the discovery of Stuxnet in 2010, and we can track the evolution from there.

Simultaneously, however, we have seen some indication that Iran is conducting more aggressive operations designed to disrupt their target's networks and day-to-day operations, including through ransomware."

In a Forbes article, a former military colonel for British intelligence named Philip Ingram made no qualms about Iran's cyberwarfare tactics, even commenting that Iran has "first world cyberattack capability."

As you will see from this list, these hackers have infiltrated systems and left a path of destruction behind them.

The FBI's most wanted Iran-backed hackers

Proving you never know who you can trust, a former U.S. Air Force intelligence specialist named Monica Elfriede Witt banded up with other malicious hackers to run an espionage campaign against U.S. intelligence personnel in 2019.

"Once a holder of a top secret security clearance, Monica Witt actively sought opportunities to undermine the United States and support the government of Iran—a country which poses a serious threat to our national security," said Executive Assistant Director Jay Tabb of the FBI's National Security Branch at a press briefing.

All five of the suspects are still believed to be in Iran. 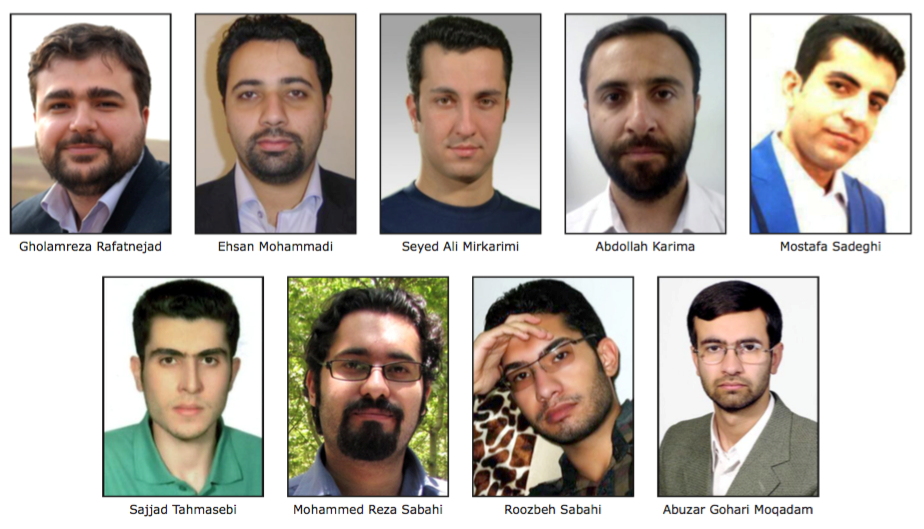 This APT group, commonly called The MABNA Institute, were indicted by the U.S. District Court for the Southern District of New York in 2018.

"Nine Iranian citizens working at the behest of the government of Iran have been indicted in a computer hacking campaign that compromised universities, private companies, and government entities," reads a statement by the FBI.

"As alleged in the indictment, the men were involved in a scheme to obtain unauthorized access to computer systems, steal proprietary data from those systems, and sell that stolen data to Iranian customers, including the Iranian government and Iranian universities. Each individual was a leader, contractor, associate, hacker for hire, or affiliate of the Mabna Institute, a private government contractor based in the Islamic Republic of Iran that performed this work for the Iranian government, at the behest of the Islamic Revolutionary Guard Corps."

Research conducted by Recorded Future made some interesting discoveries about MABNA Institute, too.

"Notably, our research did not reveal new evidence of the threat actor's adoption of malware in its campaigns. This continues to suggest that while the threat actor is highly determined to lead its credential theft operations internationally and sell credentials inside Iran to research-oriented organizations, it likely sees no practical use to maintaining persistence in victim networks."

Criminal charges have been announced against these hackers with ties to the IRGC and an intention to disrupt the U.S. aerospace and satellite sectors.

Just some of the other tactics used by these bad actors included vandalism of websites under the name "Sejeal" and intellectual property theft.

The campaign by these nation-state hackers started back in 2015 and included a hit list of more than 1,800 accounts from organizations in five countries, including the U.S., Australia, Israel, Singapore, and the United Kingdom.

According to a release by the FBI, this group was more technologically savvy, and used eight different malware varieties under the guise of a shell company called Rana Intelligence Computing Company to gain access to sensitive information. Rana currently has sanctions imposed against it by the U.S. Department of the Treasury. 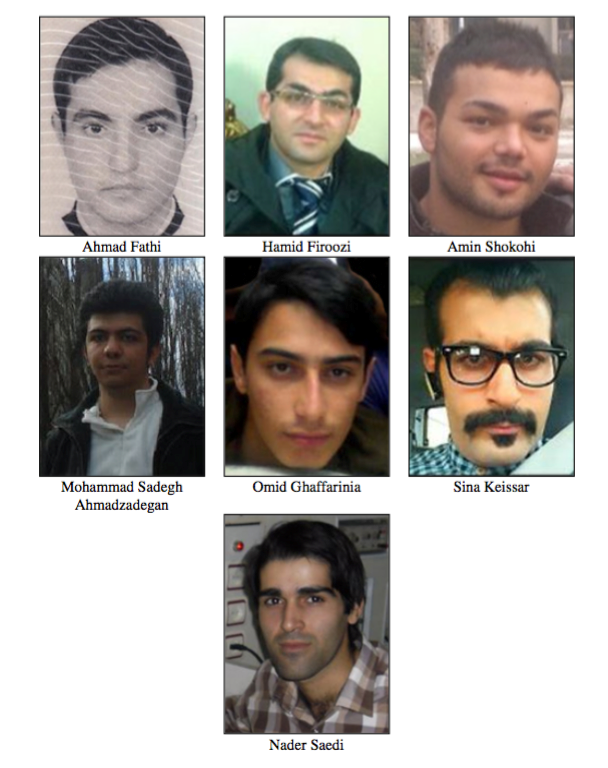 These men perpetrated distributed-denial-of-service (DDoS) attacks in a coordinated effort to cause disruption in American financial institutions.

"Each defendant was a manager or employee of ITSecTeam or Mersad, private security computer companies based in the Islamic Republic of Iran that performed work on behalf of the Iranian Government, including the Islamic Revolutionary Guard Corps," said an FBI statement.

According to a New York City federal court, the attack campaign is believed to have started around late 2011 and ramped up quickly.

"The DDoS campaign began in approximately December 2011, and the attacks occurred only sporadically until September 2012, at which point they escalated in frequency to a near-weekly basis, between Tuesday and Thursdays during normal business hours in the United States. On certain days during the campaign, victim computer servers were hit with as much as 140 gigabits of data per second and hundreds of thousands of customers were cut off from online access to their bank accounts," the Department of Justice (DOJ) said in a release.

Four of the seven men also managed a botnet for cyberattack purposes.

In one of the worst incidents, which took place between August and September 2013, one member gained authorization to break into the Bowman Dam's protected computer, which could have impacted New York City's water supply.

The FBI is currently working to bring these hackers to justice. If you have any information relevant to these cases, report it to the FBI or an American embassy or consulate. You can also submit an anonymous tip online.

[RESOURCE] Data are everywhere, but do you know where the most critical data are in your organization? Catch the webcast, It's 2 AM. Do You Know Where Your Data Is?, to learn more about security and compliance-related matters. Earn CPE credit for your attendance.